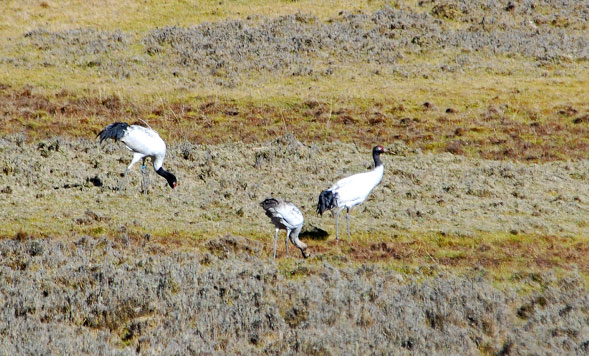 Two banded cranes are back in the Phobjikha valley. In the winter of 2010-2011, RSPN in collaboration with the Ugyen Wangchuck Institute for Conservation and Environment, Bumthang, banded four adult cranes with GPS Accelerato-meter in Phobjikha valley.

Crane Gangtep, banded in the winter of 2005-2006 by RSPN is also back in the valley with a Juvenile.

A detailed report regarding the four banded cranes will be posted soon, once the data received is cleaned and analyzed.