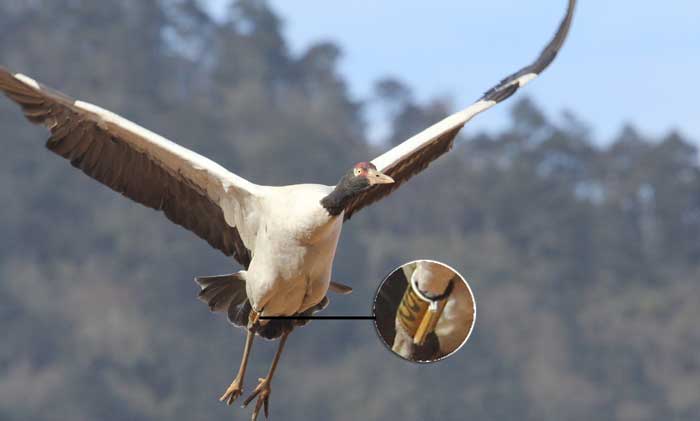 With the mail was a link to Google earth showing the location of the crane along with areas it had covered, speed, height of flight and places along its migratory route.

At the height of more than 20,000ft and maximum speed of 90km an hour, the crane from Phobjikha took two hours to reach Kangmar County in Tibet.

“The adult male crane weighing about 6.9kg had returned to its habitat in Tibet on February 27 around 11am,” Ngawang Norbu said.

It had landed in Phobjikha towards early November last year.

“The mail we received confirms the real time information for the first time in Bhutan,” he said. Of the three GPS tagged cranes early this year, two are still in Phobjikha.

UWICE conducted the study in collaboration with Max-Planck institute in Germany.

“Max-Planck had donated three GPS tags worth Nu 300,000 each,” Bird Sherub said. “It confirms our first ever study on the black-necked crane’s transboundary ecology movement.”

Researchers are recording crane habitat use, territoriality and home range along with precise documented migration pathways, elevations at which the cranes use to navigate and energetics during the migration.

Of that four returned with the backpacked data to Phobjikha last winter.

“These three cranes were again recently GPS tagged,” he said.