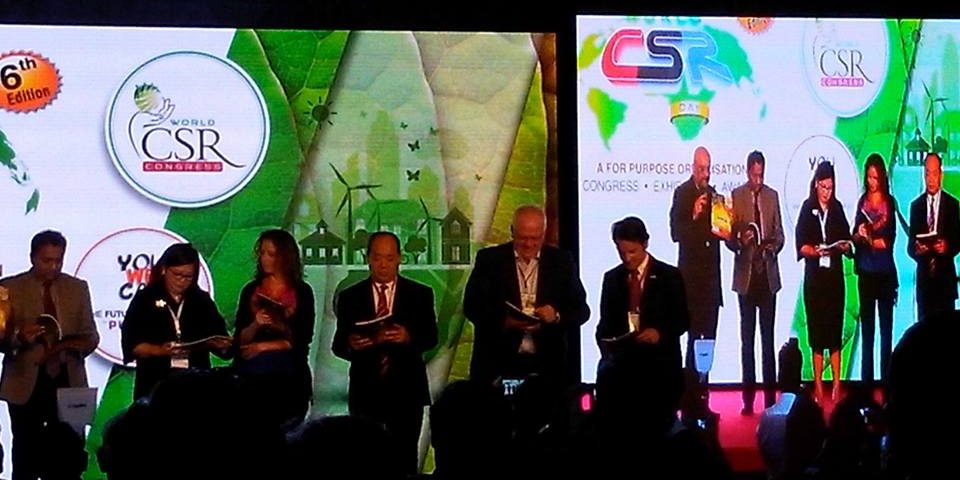 Dr. Kinley Tenzin, Executive Director of the Royal Society for Protection of Nature (RSPN) was honored as one of the “50 Most Impactful Green Leaders” during the sixth edition of The World CSR Day held at Taj Lands End, Mumbai, India on February 18, 2017.  The award is endorsed by Global Green Future Summit and Leadership Awards.

The criteria for the award were Energy Conservation and Efficiency, Waste reduction, recycling and responsible disposal, Exemplary leadership, assistance and substantial support in response to one or more environmental emergencies and Effective leadership and participation in awareness-raising on environmental issues in humanitarian action.

Dr. Kinley began his career as an Assistant Forest Research Officer at Research and Development Center, Ministry of Agriculture and Forest in 1998. In 2003, he was appointed as Forest Research Program Officer. He also served as the National Counterpart to an International Project funded by Boku University, Austria, the same university from where he obtained his PHD degree in 2008.

In 2012, he was appointed as the Program Director of Renewable Natural Resource Research and Development Center, Yusipang, Thimphu, Bhutan and spearheaded several Research and Extension projects in the five western and southern districts of Bhutan.

In 2015, Dr. Kinley assumed the post of Executive Director of RSPN, the pioneer and the only environmental Non-profit organization in the country established under the Royal command of His Majesty the Fourth King of Bhutan.