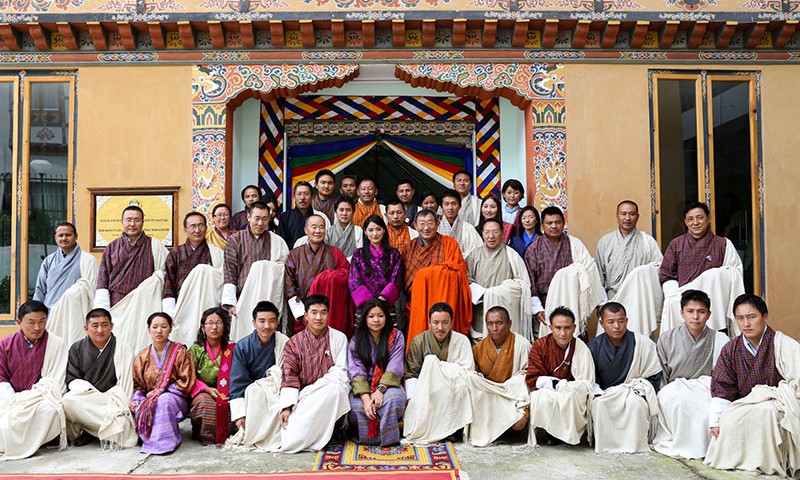 Her Majesty Gyaltsuen with Chairman, Board of Directors and Staff of RSPN

Bhutan’s natural resources being the ultimate source of sustainability, the research fund will help to address an increasing need of science based information which is inadequately matched by research capacity in the country. It will also help to reduce dependency on external knowledge on our own natural resources.

It hopes to create conducive environment for national researchers who face challenges with restrictive policies with no mechanisms to fund research projects. While the primary objective is to support national researchers in their research projects, it will also address the policy and implementation gap that currently exists, which will contribute towards ultimate goal of having a vibrant scientific community.

With the launch of the fund, Royal Society for Protection of Nature, the parent organization which will manage the research fund under its Jigme Khesar Environmental Resource Centre announces the immediate availability of fund for four research project proposals from educational institutions across the country. A total sum of Nu. 500,000 is currently allocated for the fund from which a sum of Nu. 100,000 will be maintained as the seed money. Over the next few years, RSPN hopes to secure one million US Dollars as the research capital fund. The proportionate annual income from the investment of its capital fund will be allocated for annual research funds.

It will be announced on an annual basis for competitive individual and institutional research proposals. A team of qualified technical team will review project proposals. Beside research projects, it will also support research related conferences and publications of research works.

The fund’s ultimate goal is to build a consortium of professional national researchers and establish a technical research review panel.

Her Majesty granted a Patron’s Statement to the RSPN during the visit. Her Majesty also granted audience to the Board of Directors, RSPN Staff and awarded mementos and certificates to the outgoing Board members of RSPN.

This is the first visit of Her Majesty Gyaltsuen to RSPN as the Royal Patron of the organization, assumed in October 2012 during RSPN’s Silver Jubilee.