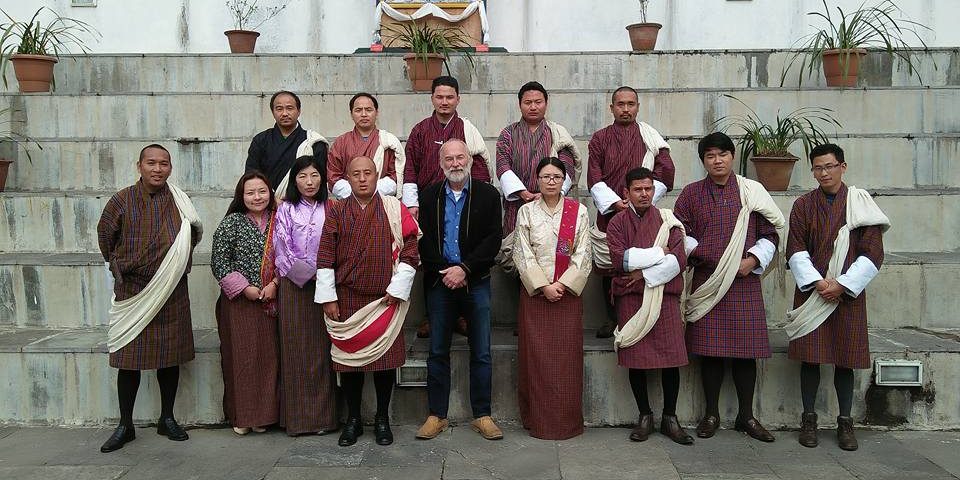 An introductory meeting for organic agriculture project; ‘Empower Small Scale Bhutanese Farmers to Increase Food Security and Sustainable Livelihoods through Agro-Ecological Farming and Food Systems Development’ at Bayul-kuenza under Bongo Gewog in Chhukha was successfully conducted at Chhukha Dzongkhag Conference Hall on April 13, 2018 chaired by Dasho Dzongrab in the presence of all sector heads, Gewog officials and officials from Royal Society for Protection of Nature (RSPN) and Organic Denmark.

The introductory meeting was organized as part of the project activity to solicit technical support and collaboration from the District and Gewog authorities for the successful implementation of the project. The project is to be implemented by RSPN with technical support from Organic Denmark in close collaboration with various stakeholders like National Organic Program based in ARDC-Yusipang of the Department of Agriculture, Dzongkhag and Gewog Administrations. The Chair expressed gratitude for selecting Chhukha as one of the project sites and committed full support during the implementation of the project. The project team from RSPN and Organic Denmark presented the project profile and promised to work very closely with the Dzongkhag and Gewog Administrations to avoid any duplication in planning. The project introductory meeting in Zhemgang Dzongkhag is planned in last week of April 2018. In addition, RSPN project team inclusive of Program Manager, CSLD Chief, Finance and Investment Chief and Project Officers and Mr. Jesper Saxgren, Vice Chairman of Organic Denmak had one and half day meeting in RSPN Board Room on April 11 and 12, 2018. The team discussed in length on project budget and activities, and implementation approaches such as planning, reporting and transfer of project fund.

The project will be implemented in Chhukha and Zhemgang Dzongkhags for a period of one and half year starting from January 1, 2018 till June 30, 2019, and is funded by Civil Society in Development (CISU) based in Denmark.