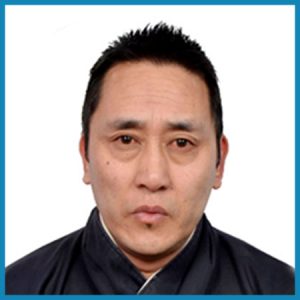 Mr. Phub Dorji is the former Chief Executive Officer of Bhutan Development Bank Limited. He started his career at the Ministry of Economic Affairs as a Coordinator for the Cottage, Small and Medium Industry (CSMI) development project. He was the Head of the Entrepreneurship Promotion Centre (EPC) under the Ministry of Economic Affairs when he was summoned to start a Research Centre as an extension to His Majesty The King’s Secretariat in 2006. He later served as a Professional Changkarp to His Majesty The King.

He was working as the Head of a think tank focusing on Bhutan’s macro and socio economic studies when he was recruited as the Chief Executive Officer (CEO) of the Bhutan Development Bank in early 2016. Phub Dorji holds a Masters degree in Public Administration (MPA) and Edward S Mason Program in Public Policy and Management from Harvard Kennedy School, Harvard University, Massachusetts, USA. 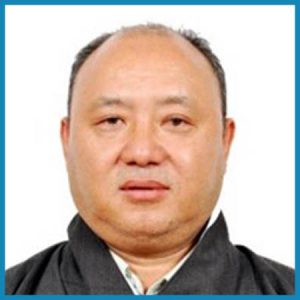 Dr. Pema Choephyel is the former Director for Bhutan Trust Fund for Environmental Conservation having joined the Fund in July 2010. He began his career with the Royal Civil Service Commission; as a civil servant he held various positions as the Principal at Royal Veterinary Institute, Department of Animal Husbandry, Pedagogic Head (VP) at the Natural Resources Training Institute, Chief Research Officer, Chief Extension Officer, Director at the Council of RNR Research of Bhutan and recently as an Advisor to the Bhutan Development Finance

Corporation Limited.He has held various professional membership such as the Permanent Representative of World Meteorology Organization (2004-2007), member of the Project Steering Committee of various area Development Projects in Bhutan (1997-2007), Board Director for Bhutan Development Finance Corporation Limited (2002-2007), Druk Seed Corporation, (2001-2007), Bhutan Agro Industry Limited (2001-2003), and Food Corporation of Bhutan, (2002-2003). He was also the Chairman of Audit Committee for BDFCL (2004-2007) and a member of Good Governance Plus (2006). A graduate of Bombay Veterinary College, Bombay, India Dr. Pema Choephyel received his master’s degree in Rural Development and Communication from Lincoln University, New Zealand in 1991. 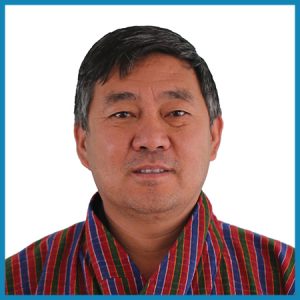 Mr. Lobzang Dorji is the Director, Department of Forests and Park Services. He started his career as a Militia Officer with Royal Bhutan Army from January 1, 1991 till February 1995. For his services, he received the Druk Yugel Medal. On March 1, 1995, he joined Forest Resources Development Division, Department of Forest as a Forest Officer. He also served as Divisional Forest Officer at Thimphu and Samtse Division. From August 1, 2009 till July 31, 2014 he was sent on deputation to the Punatsangchu-1 Hydropower Project as the

Chief Environment Officer, after which he served as the Chief Forestry Officer with the Forest Resources Management Division, Department of Forests and Park Services till March 15, 2019. For his distinguished and meritorious services to the state, he was conferred the National Order of Merit Gold on December 17, 2017, by His Majesty the King of Bhutan. 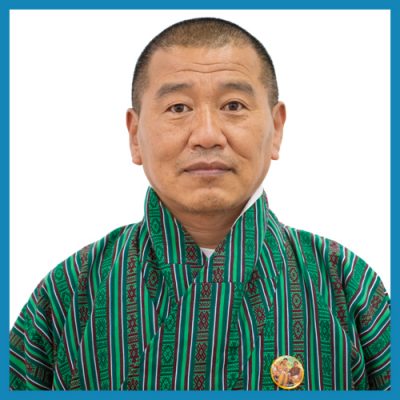 Mr.Yonten Gyamtsho is the Director of the Department of Agriculture under the Ministry of Agriculture and Forest (MoAF). He started his career at the MoAF as a Deputy Fodder Officer. He was the laboratory Manager at the National Seed Center, Paro under the MoAF. He worked as Counselor (Trade) in Royal Bhutan Embassy, Dhaka, Bangladesh (2013-2016). Prior to his current appointment, he served as Chief Marketing Officer under the Department of Agricultural Marketing Cooperatives,MoAF. Yonten Gyamtsho holds a Master’s degree from Imperial College at Wye, London, United Kingdom. 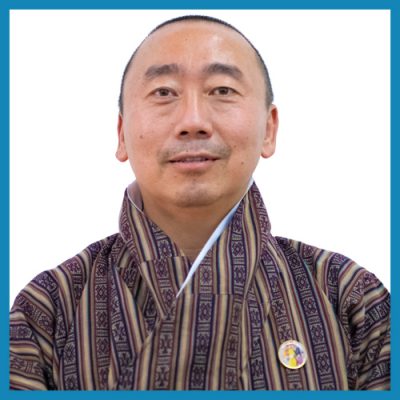 Dasho Karma Tenzin is the Zimpon Wom (Deputy Chamberlain) at the Secretariat office of Her Majesty The Queen. He now heads the Queen’s Project Office. Prior to his current appointment, he served as the Deputy Chief Livestock Production Officer at the Department of Livestock, Ministry of Agriculture and Forests (MoAF). He holds a Master’s in Biology from the University of New Brunswick, Canada. 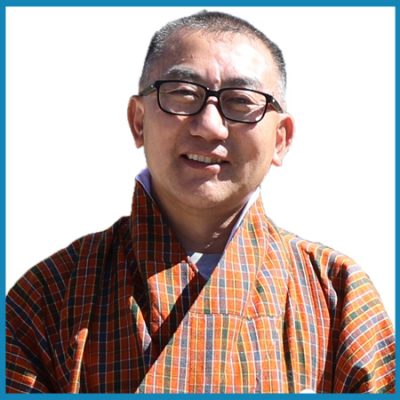 Dr. Pema Wangda is the Executive Director of the Bhutan For Life Fund Secretariat. He joined his carrier as Assistant Research Officer and National Research Program Officer, Council
of RNR Research of Bhutan, Ministry of Agriculture and Forest (1999-2012). Later he served as the Chief Forestry Officer, Watershed Management Division, Department of Forest and Park Services from 2012-2018. He worked as a National Counterpart to various Universities (The University of Tokyo, Komozawa University, Columbia University, University of Vienna) and International Agencies (FAO, ICIMOD, World Bank). He headed the REDD+ Readiness Project
of USD 9 Million (FCPF) in Bhutan from 2013-2018. Dr Wangda was a recipient of JSPS International Fellowship for Research in Japan in 2016. He
received his Doctoral (PhD) and Masters (MSc) Degree in the field of Natural Environmental
Studies from the University of Tokyo, Japan (2001-2006). He was also a recipient of EU
scholarship for his Bachelor’s degree in (BSc Forestry) from the University of Philippines, Los
Banos in 1998.
As a researcher, Dr. Wangda published several International, Regional and Local peer reviewed
journal papers besides many important technical reports.
He served as an adjunct lecturer at the College of Natural Resources, Royal University of Bhutan
(2012-2014). 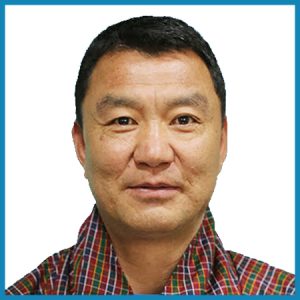 Dr. Kinley Tenzin served as the Program Director at Renewable Resource Research and Development Center, Yusipang under the Ministry of Agriculture and Forests before taking up the new responsibility as the Executive Director of the Royal Society for Protection of Nature.

He went to University of the Philippine at Los Banos for B.Sc. in General Forestry and got M.Sc. in Resource Management form the University of Edinburgh in UK. He obtained his PhD in Forest Ecosystem Dynamics from University of Boku, Vienna, Austria in 2008. He started his career as Forestry Research Program Officer in RNR-RC, Jakar in March 1997. In 2005, he was transferred to RNR-RC, Yusipang as Deputy Chief Research Officer and back to RNR-RC, Jakar in the same capacity in 2009. Considering his capacity and vast experience in research, he was appointed as the Program Director at RNR-RC, Yusipang in 2010. Besides attending numerous national and international conferences, seminars and trainings, he has made several important publications.