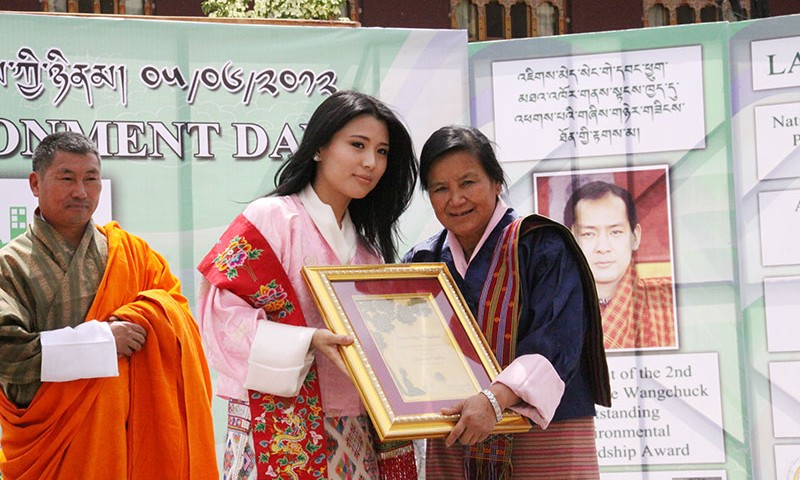 The winners of the award were Ms. Rebecca Pradhan, an Ecologist with Royal Society for Protection of Nature, and Mr. Raling Ngawang Drukdra from the Department of Forests and Park Service.

The Guest of Honour congratulated the awardees for their noteable contribution in conservation works and highlighted the important role that each individual has in the conservation of environment.

The first award for Policy Leadership was awarded to Dasho Paljor J. Dorji, president of Bhutan Ecological Society and the founder of RSPN, while the first award for Field Leadership went to Mr. Sonam Phuntsho from Information and Communication Services in Ministry of Agriculture and Forests.

The award is given every two years to the deserving individuals. The winners were nominated by public and selected by a high-level award committee.

The award, coordinated by UWICE and hosted by Bhutan Ecological Society, is funded by Bhutan Trust Fund for Environmental Conservation and the Bhutan Foundation.

RSPN heartily congratulates both the winners and such recognition is an inspiration for all people working in the environment field.