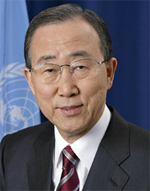 “Raise Your Voice, Not the Sea Level”

World Environment Day 2014 falls during the International Year of Small Island Developing States, declared by the United Nations General Assembly to raise awareness of the special needs of this diverse coalition as part of the global discussion on how to achieve a sustainable future for all.The world’s small island nations, which are collectively home to more than 63 million people, are renowned as prized destinations: places of outstanding natural beauty, vibrant culture and music appreciated around the globe.

While small in total, the land size of small island nations does not reflect their importance as stewards of nature’s wealth on land and sea.  They play an important role in protecting the oceans and many are biodiversity hotspots, containing some of the richest reservoirs of plants and animals on the planet.  Despite these assets, Small Island Developing States face numerous challenges.  For a significant number, their remoteness affects their ability to be part of the global supply chain, increases import costs – especially for energy – and limits their competitiveness in the tourist industry.  Many are increasingly vulnerable to the impacts of climate change – from devastating storms to the threat of sea level rise.Small Island Developing States have contributed little to climate change.  Their combined annual output of greenhouse gases is less than one per cent of total global emissions, but their position on the front lines has projected many to the fore in negotiations for a universal new legal climate agreement in 2015.  Others are leaders in disaster preparedness and prevention or are working to achieve climate neutrality through the use of renewable energy and other approaches.

Small island nations share a common understanding that we need to set our planet on a sustainable path.  This demands the engagement of all sectors of society in all countries.  On World Environment Day, millions of individuals, community groups and businesses from around the world take part in local projects –from clean up campaigns to art exhibits to tree-planting drives.  This year, I urge everyone to think about the plight of Small Island Developing States and to take inspiration from their efforts to address climate change, strengthen resilience and work for a sustainable future.  Raise your voice, not the sea level.  Planet Earth is our shared island.  Let us join forces to protect it.