THE LAST HERONS OF THE WORLD The critically endangered White-bellied Heron (WBH), Ardea insignis, is the world’s rarest heron and was first spotted in Bhutan by His Majesty the Fourth King Jigme Singye Wangchuck in 1975. Under His Majesty’s command, the Royal Society for Protection of Nature (RSPN) has carried out the conservation work since 2003.

In Bhutan, most WBHs are observed along the Punatsang Chu and Mangde Chu river, and their tributaries, ponds and lakes.

Today, the number stands at 27 individuals in Bhutan (RSPN survey report; March 2020) hosting the highest population in the world. There are perhaps fewer than six breeding pairs in Bhutan and a small genetic pool is of immediate concern.

RSPN has embarked on aggressive programs to help the WBHs conservation. These include:

It was confirmed during WBH international conference held in December 2015 that there were less than 60 individuals worldwide. Bhutan supports almost half of the 60 WBH known to survive. They feed almost exclusively on fish along the edges of fast -flowing rivers in the foothills of the Himalayas from 100-1,500 meters in altitude. WBH are secretive birds often intolerant of close proximity to humans. Disturbance from humans and loss of habitat undoubtedly attributed to their extirpation over much of their former range. 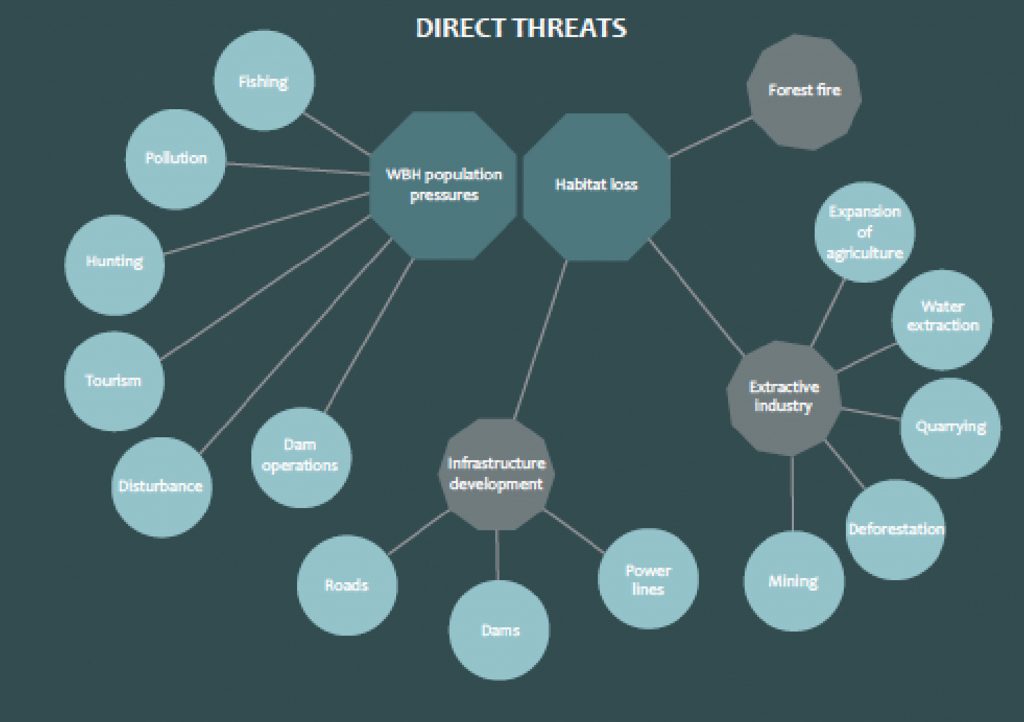 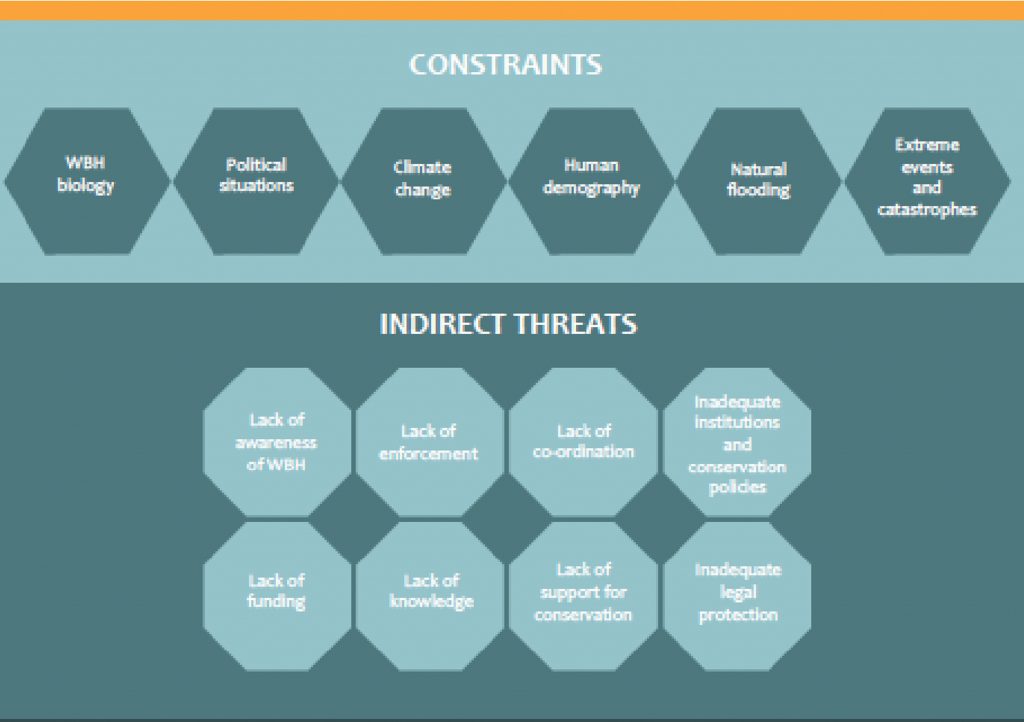 Be a part of the mission

Bhutan Trust Fund for Environmental Conservation (BTFEC), Bhutan has consistently supported the implementation of WBH conservation program and has provided US$ 300,000 for the year 2019-2021.

However, to sustain and consistently carry both ex-situ and in-situ conservation work for WBH for the next 20 years, RSPN requires an estimated amount of US$ 150,000 annually.

This can only be made possible with a White-bellied Heron endowment fund of US$ 3 million at 5% annual investment interest. So far, MAVA foundation in Geneva generously provided a grant of US$ 1.5 million to support WBH conservation in Bhutan. An additional USD 0.15 million was raised with the support of Philanthropist and other donors. RSPN still requires to raise USD 1.35 million to achieve the target.

At RSPN, we believe a single grain of sand can tip the scale. You can be the grain that tips the scale towards improved environmental conditions and conservation efforts in Bhutan. RSPN has set a target to raise US$ 1.5 million for next 10 years.