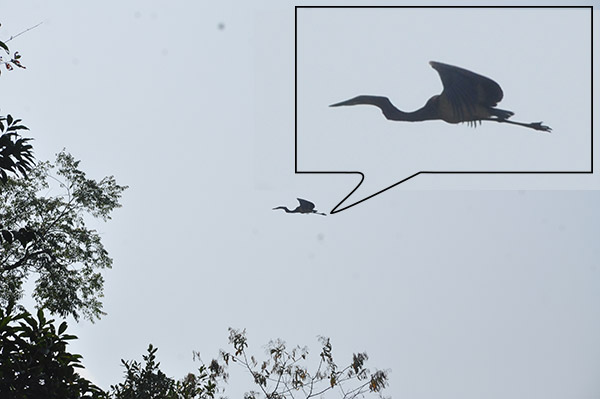 It was first sighted on 25th February, 2014. White-bellied Heron is classified as critically endangered because it has an extremely small and rapidly declining population, estimated to be less than 200 globally. This decline is projected to increase in the near future as a result of the loss and degradation of lowland forest and wetlands and through direct exploitation and disturbance which are the main threats.